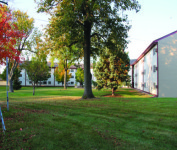 On January 28th, 2016, the FHA declared that it would reduce insurance rates on multifamily mortgages. HUD’s reduction of mortgage insurance premiums will greatly benefit the affordable housing community. This is particularly exciting for projects with below-budget rents which are capped by market. The lower all-in mortgage rates will also allow for higher loan proceeds […]

NAHB Data Shows Multifamily New Construction to Be Strong in 2015